Are Solar Batteries Worth It？

Are Solar Batteries Worth It？

Solar battery is the storage battery which is applied to solar power system. The solar battery extends the use of a photovoltaic system’s generated energy and will provide free, sustainable power even when there is not enough sunlight and the panels don’t produce energy.

Solar panels generate most power when the sun shines, but this is probably not when you need it the most. If they are generating electricity during the day when you are out for work, some of the solar power is likely to be going to waste.

If you have installed solar batteries, though, these can be charged by your solar panels when they are making more electricity than you need, and then used to provide power at other times(e.g. in the evening) when you need it. 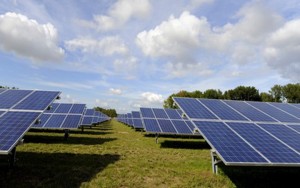 Are Solar Batteries Worth It

The following are some of the benefits of investing in solar batteries:

No matter where you live and what your local utility conditions are, a solar storage battery combined with solar power system can help you reduce the amount of electricity you pull from the grid. Installing a battery will mean that you won’t need to buy as much power from your electricity retailer. Batteries also allow you to use the electricity that your solar panels generate in the evenings, helping you make the most of your solar.

The first and most appealing benefit of them all, having battery storage installed in your solar power system can significantly reduce your electricity bills due to the reduction in using electricity from the utility grid. We know that solar power is produced during the day. If you have the suitable sized solar power system, majority of your daytime electricity will be covered. But in many cases, the system will generate extra solar power. This part of energy will be sent to your solar battery for you to use when you need it. By using the stored solar power at night, your home will consume less or no energy from the grid. As electricity prices continuing to remain high, reducing what you pay as much as possible could save you a lot of money in the long run.

Protect you from outages

Whether you live with frequent grid instability, increasing weather threats, or utility-mandated outages, the threat of looming blackouts can cause a great deal of stress and fear. In the event of a power outage, those have solar power system with storage batteries can ensure that their home will continue to receive power despite the grid being down.

This can prove to be immensely beneficial, especially if you live in an area where this is common or have essentials in your home that need to always be connected to power.

Better for the environment

Electricity from the grid is created by burning fossil fuels such as coal, which contributes greatly to issues such as climate change. However, solar power is completely carbon-free, meaning no carbon emissions are produced when solar power is generated by your solar panels. By then storing extra energy in your solar battery and using it later, you are still not producing any carbon emissions, which is friendly to the environment.

Although there are many great benefits to investing in solar batteries, there are also drawbacks that you need to know before you decide to buy a solar battery.

First, the solar batteries are not 100% efficient. Some energy is lost charging the battery and then releasing energy from it. The technical term for this is round trip efficiency. Typically this figure is around 80%, meaning that for every 5 kWh going in to your battery, you will only get 4 kWh of useful electricity out.

Besides, solar batteries will become less efficient over time. This varies according to the type and make of battery, but typically over 10 years efficiency will reduce by 30%. Again, this reduces the amount of electricity batteries can store and the potential savings to be made. If you are unlucky and your battery fails completely just as the warranty expires, you could be looking at a large overall loss.