Solar energy begins with the sun. Solar panel (also known as “PV panel”) is an electrical device that converts energy of sunlight directly into electricity by the photovoltaic effect.

Solar panel can be used for a wide variety of applications including remote power systems for cabins, telecommunications equipment, remote sensing, and of course for the production of electricity by residential and commercial solar electric systems. 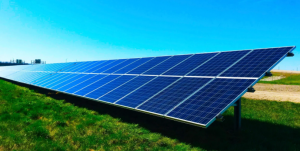 (1) Stalinite
Stalinite is used for protecting the solar cells. The light transmittance of it is supposed to be higher than 91％.

(2) EVA
The function of EVA is bonding and fixing the stalinite and solar cells. The quality of EVA will directly influence the service life of solar module and therefore the light transmittance and generated power quality will be affected.

(4) Backboard
The backboard should be an nonconductor and be waterproof. The function of it is sealing. The warranty period of most backboards is twenty-five years.

(5) Aluminium alloy
The cover component of protective layer is made of aluminium alloy The function of the layer are sealing and supporting.

Amorphous silicon solar cell is a new type thin film solar cell which came out in 1976. The manufacturing technology of it is totally different from the crystalline sicilon solar cell’s. The energy consumption is lower. The most outstanding advantage is that it can generate power even under the weak light. However, the conversion efficiency is relatively low. Generally, it is only 10％.

Solar panels are comprised of several individual solar cells. When photons hit a solar cell, they knock electrons loose from their atoms. If conductors are attached to the positive and negative sides of a cell, it forms an electrical circuit. When electrons flow through such a circuit, they generate electricity. Multiple cells make up a solar panel, and multiple panels (modules) can be wired together to form a solar array. The more panels you can deploy, the more energy you can expect to generate.

In a well-balanced grid-connected configuration, a solar array generates power during the day that is then used in the home at night. In off-grid solar applications, a battery bank, charge controller, and in most cases, an inverter are necessary components. The solar array sends direct current (DC) electricity through the charge controller to the battery bank. The power is then drawn from the battery bank to the inverter, which converts the DC current into alternating current (AC) that can be used for non-DC appliances. Assisted by an inverter, solar panel arrays can be sized to meet the most demanding electrical load requirements. The AC current can be used to power loads in homes or commercial buildings, recreational vehicles and boats, remote cabins, cottages, or homes, remote traffic controls, telecommunications equipment and much more.

The Benefits of Solar Panels 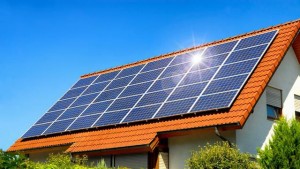 Using solar panels is a very practical way to produce electricity for many applications. The obvious would have to be off-grid living. Living off-grid means living in a location that is not serviced by the main electric utility grid. Remote homes and cabins benefit nicely from solar power systems. No longer is it necessary to pay huge fees for the installation of electric utility poles and cabling from the nearest main grid access point. A solar electric system is potentially less expensive and can provide power for upwards of three decades if properly maintained.

Besides the fact that solar panels make it possible to live off-grid, perhaps the greatest benefit that you would enjoy from the use of solar power is that it is both a clean and renewable source of energy. With the advent of global climate change, it has become more important that we do whatever we can to reduce the pressure on our atmosphere from the emission of greenhouse gases. Solar panels have no moving parts and require little maintenance. They are ruggedly built and last for decades when properly maintained.