Solar module, also called PV module, is a single photovoltaic panel that is assembly of connected solar cells. The solar cells absorb sunlight as a source of energy to generate electricity. Solar module is the most important component of the solar power system. An array of modules are used to supply power to buildings.

The following are the impacts of high temperature on solar modules. 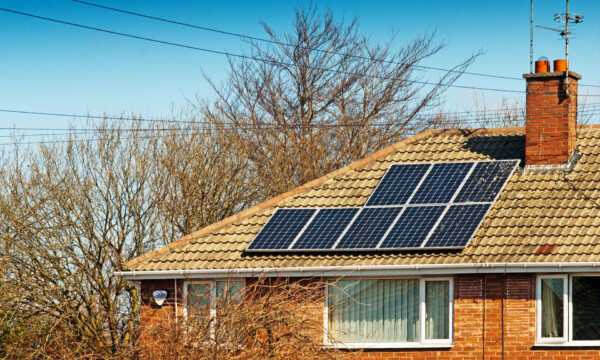 When the solar cells operate at a quite high temperature, the open-circuit voltage will decline significantly with the temperature rising, which will lead to the deviation of charging operating point. Then the whole solar system may break down due to the undercharge. The research reveals that the output efficiency of a crystalline silicon solar cell at a temperature of around 20 degrees is about 20% higher than that at a temperature of 70 degrees. That is to say, if the photovoltaic power station is installed in the place that has low illumination intensity and relatively low average annual temperature, its power generation is much higher than that of photovoltaic power stations in areas with strong sunlight and high temperature.

Hot Spot Effect occurs when a large number of series connected cells cause a large reverse bias across the shaded cell, leading to large dissipation of power in the poor cell. Essentially the entire generating capacity of all the good cells is dissipated in the poor cell. The enormous power dissipation occurring in a small area results in local overheating, or “hot-spot”, which in turn leads to destructive effects, such as cell or glass cracking, melting of solder or degradation of the solar cell.

The main cause of PID is considered to be the high voltage between the encapsulated solar cells and the front glass surface, which is grounded through the frame or substructure. This can lead to an unwanted migration of the charge carries, that reduces the performance of the cell. In case of high voltages due to long string connections, the PID effect can also occur more heavily. High humidity and temperature accelerate this process. It may also leads to the failure of solar modules.

Photovoltaic power stations are susceptible to high-temperature weather. The impact can be reduced or avoided through reasonable system installation and design. Ensure the ventilation and heat dissipation of the components, inverters and distribution boxes. The design and layout of solar modules should be in accordance with local conditions. Besides, remove dust from the solar panels in time, ensure that the they are free of debris, and pay attention to cable maintenance so as to achieve the ideal power generation and more economic benefits.