What impact will shadow bring to PV Power Generation

What impact will shadow bring to PV Power Generation?

Due to the national support, distributed PV power generation has been more common in daily life these years. Now, there is a trend that people tend to build PV power generation system on their house’s roof and the roof of commercial buildings. The amount of generated power will directly affect the economic benefits of owners. According to the related research and investigation, it is known that the shadow which covers the solar panel is one of the most important factors that affects the generated power amount.

When installing the PV power generation system, for the purpose of saving installation cost and time, a lot of users unconsciously ignore the affect of the shadow. However, even the shadow area is small, it will affect the power generation significantly.

Under some circumstances, part of the solar panel will be shadowed by surrounding objects, which may lead to hot spot formation. Hot spots are areas of high temperature that affect only one zone of the solar panel and result in a localized decrease in efficiency, and therefore, lower output power and accelerated material degradation in the area affected by the high temperature. 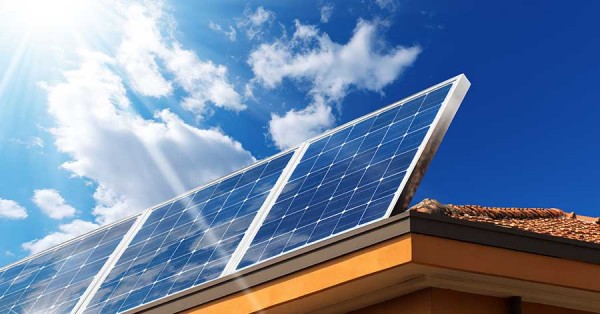 The following are the common objects that cast a shadow on the solar panels.

The surrounding environment of solar power station is complicated. Even the professional project design company may ignore the shadow caused by electric wire and guide bar.

3.Plants Near the Solar Station

The plants near the soar power station may also cast a shadow on the solar panels, especially in the rural area and remote regions.

PV modules are often built on the ground or the roof. The outdoor solar power station is more likely to be covered by dust. Do not underestimate the dust. It will also affect the power generation of PV modules. The PV modules will also become a place for birds to play. Therefore, the bird droppings and bird feathers will be frequently found on the solar panels and pose a threat to the power generation of the solar power station.

How to avoid the shadow?

1.Analyze the possible shadow before the installation

Before the installation of solar power station, it is necessary to carry out preliminary survey to check whether the surrounding high-voltage lines, railings, vegetation and buildings (planned buildings are included) will shadow the solar panels. Users should find ways to eliminate the shadow or change the installation location. During the observation, if branches and leaves of surrounding plants will cast a shadow, they should be cut down.

Some users set up bird repellent rods in order to drive away birds, resulting in shadow obscuration. There are also users who lack photovoltaic operation and maintenance knowledge, drying clothes and vegetables on PV modules, which will unintentionally cast shadow to the solar panels.

From the aspect of the solar power system, the use of multiple MPPT inverters can reduce the impact of shadow. For example, the micro inverter PV power system is designed with fully parallel circuit. There is an independent MPPT inverter for each PV module, which can achieve maximum power output and eliminates the mismatch problems caused by shadow, orientation and angle. As a result, the amount of solar power generation is greatly improved. However, based on the amount of require inverters, the cost for such solar power system will get higher. If the operation of this kind of system can reduce the impact of shadow, increase the power generation efficiency and brings more benefits, then it is a good choice.

It is easy and convenient to build a solar power station, but the operation and maintenance may be a challenge for users. In order to achieve the expected benefits, we should not only ignore the problem of shadow, but also actively seek ways to solve the problem and ensure the normal use and power generation of solar panels.