How to Choose A Solar Power Inverter for Your Need

How to Choose A Solar Power Inverter for Your Need

Solar power inverter is a very critical component of the solar energy system. It is a device that changes direct current (DC) into alternating current (AC).

There are a variety of different manufacturers and models available when you set out to buy a solar power inverter. How to choose a suitable one for your needs? Many customers may get into trouble of selecting. It’s important to take a look at the things that really matter in an inverter. The purpose of this article is to help you gather necessary information and steer you in the right direction of finding the correct inverter for your power needs.

Where is the inverter to be used? Inverters are available for use in buildings (including homes), for recreational vehicles, boats and portable applications. Will it be connected to the utility grid in some ways? Electrical conventions and safety standards differ for various applications, so don’t forget this factor. 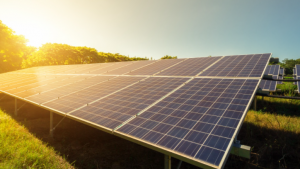 Generally, it will be highest at about two-thirds of the inverter’s capacity. This is called its “peak efficiency.” The inverter requires some power just to run itself, so the efficiency of a large inverter will be low when running very small loads. For example, in a typical home, there are many hours of the day when the electrical load is very low.

Only few square wave inverters come with an expensive price tag. They are the cheapest and most reliable inverters to look forward to. Because of its cheap price, a square inverter can power universal motors only, and nothing less. They offer basic features and performance for a cost-effective price. This makes it one of the most best-selling inverters in typical households.

A modified wave inverter supports appliances like motors, lights, pumps and fans. The waveform they output is like a square, but a bit more slightly modified. This type of inverters offer speed efficiency and power.

Backup battery charging is essential to most solar energy systems because there are likely to be occasions when the natural power supply is insufficient. Some inverters have a built-in battery charger that will recharge the battery bank whenever power is applied from an AC generator or from the utility grid (if the batteries are not already charged). This also means that an inverter can be a complete emergency backup system for on-grid power needs (just add batteries).

Be careful when sizing a generator to meet the requirements of an inverter/charger. Some inverters require that the generator be oversized because of low power factor. Be sure to get experienced advice on this, or you may be disappointed by the results.

Choosing a suitable and durable battery plate is also important. Lead inverter batteries are available in either flat plates or tubular plates. The former kind is more suitable for shorter power cuts with a smaller life cycle. While the latter is made of taller containers which makes it long-lasting, more durable and efficient to use.

But due to the advance in technology, most reputable brands offer an inverter-battery combo with higher warranties. This means that your inverter is well-suited to work with the battery that powers it. This reduces the risk of complete power drop or inefficiency in performance during a power cut.

Solar inverters have warranties ranging from 5 to 12 years with an increasing number of manufacturers offering pay for service warranty extension. Most retailers are now offering 8 to 10 years warranty. Obviously, the longer the warranty, the more protection you will have.

So check out the warranty of the unit can help you make an informed decision as to which is the best solar inverter for you.

Choosing an inverter is not a difficult task. The above introduction will help you to determine what type of inverter is best for you. Your next step is to learn what inverters are available on the market. Study advertisements and catalogs, or ask your favorite dealer. It is best to listen to professional advice and to purchase your equipment from a trained and experienced dealer.