Introduction to Different Types of Inverters

Introduction to Different Types of Inverters

A power inverter, or inverter, is a power electronic device that converts direct current (DC) into alternating current (AC).

Inverters have extensive use in today’s life. With most of our activities based on electrical and electronic appliances, even a minimum power outage can cost the business heavily. The role of inverter is not just to convert DC power into AC power but also comes with high efficiency, low power costs and versatile applications.

Inverter is used extensively in varied applications especially in places where there are frequent power cuts. These are the best power alternatives in case of failures. Most homes use AC current as it faces less voltage drops making it efficient when moved from one plant to another. 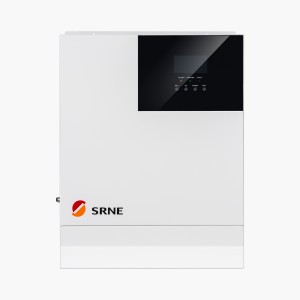 An ideal inverter is meant to be an inverter which converts DC signal into a pure sinusoidal AC output. The problem with practical inverters is that their output signals are not pure sinusoidal. There are many types of inverters according to different classification methods. Based on the output wave form, inverters are classified into 3 main categories.

The output waveform of the voltage for this inverter is a square wave. This type of inverter is least used among all other types of inverter because all appliances are designed for sine wave supply. If we supply square wave to sine wave based appliance, it may get damaged or losses are very high. The cost of this inverter is very low but the application is very rare. It can be used in simple tools with a universal motor.

While operating on square wave, the tube light and fan emits a buzz noise, though there is no worry of the electrical gadgets being damaged. Though, some instances of the speed control dimmers being damaged were reported in ceiling fans. This could be due to high voltage output. The voltage output is 230 volt to 290 volt so it is not recommended according to experts. But PC and laptops work fine with square wave inverters. Since these are equipped with SMPS the current will not cause any disturbance in the system.

Modified sine wave may permanently damage the electronic devices that have timers in their circuits. In addition, fast transition in the waveform may cause noise. Due to these problems, the modified sine wave inverters have limited applications.

The output waveform of the voltage is a sine wave and it gives us a very similar output to the utility supply. This is the major advantage of this inverter because all the appliances are designed for the sine wave. Most probably the current from this type of inverters are very safe to desktop computers, laptops, camera battery chargers, cell phone chargers and small house hold water pumping motors etc. So, this is the perfect output and gives guarantee that equipment will work properly.