Solar power system consists of solar panel, solar charge controller and storage battery. The inverter and mains electricity intelligent switcher need to be installed if the output power source has access to 220V or 110V alternating current and compliment with mains electricity.

2、Functions of each component 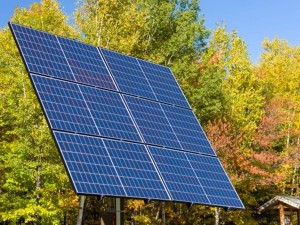 Solar panel is the core of solar power system as well as the most expensive component of the system. Solar panel converts radiation energy into electricity or stores it in the storage battery.
Solar Charge Controller 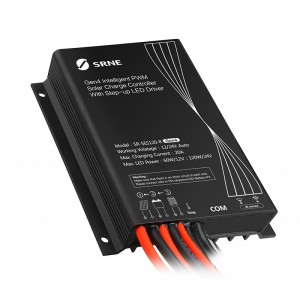 Solar charge controller regulates the working conditions of the whole system and protects the battery from overcharge and overdischarge. The controller is supposed to have the function of temperature compensation in the regions with large temperature difference. Solar street light controller that is light-operated and time-controlled is needed to be installed in the solar street light system.
Storage Battery
Generally, the type of storage battery is valve control maintenance-free lead acid battery. The gel battery is adopted in the micro solar power system in the cold regions. The efficiency of the battery will not be significantly affected even in the low-temperature environment. Storage battery will reserve the electricity from solar panel when there is sunlight and release it when it is needed.
Inverter 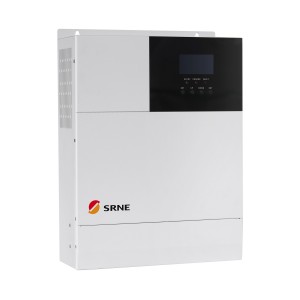 Inverters are divided into square wave inverters and sine wave inverters. They can convert the direct current into alternating current. The inverters are needed in the solar power system when supplying electricity to electric appliances which have access to 220V alternating current.
Mains Electricity Intelligent Switcher
The separate solar power system which has worked for many years may power off after several rainy days. Therefore, a mains electricity intelligent switcher needs to be installed. When the system powers off, it can switch to the mains electricity output and stabilize the system.

1、The latitude and sunlight radiation condition.
2、Load efficiency of the system.
3、Output voltage of the system(single direct current or single alternating current or multivoltage.)
4、Working time of the system load.
5、The power supply capacity of system in rainy days.
6、The type of load(resistive load or capacitive load or inductive load) and the start-up current.
By SRNE|2020-12-31T16:38:05+08:00December 31st, 2020|Blog, Free Guides|0 Comments