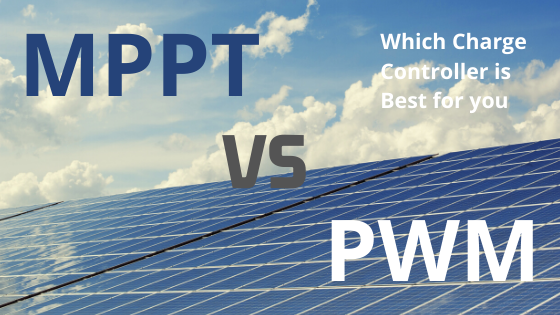 Shunt regulators are generally solid-state and contain a blocking diode and a transistor. The solar array is shorted by a transistor (or relay) and the blocking diode prevents the battery from being shorted at the same time. Shunt regulators are generally applied to negatively grounded systems only as the block diode is usually in the positive line.

Shunt regulators function by short circuiting the solar array when the battery reaches a set voltage. When the battery voltage drops, the array will function normally again and current will be allowed to flow to the battery again.

Series regulators function by open-circuiting the solar array when the battery reaches a set voltage. When the battery voltage drops, the array will be reconnected and current will be allowed to flow to the battery again.

PWM solar charge controller is the second generation technology product, which has obtained the most market share at present. The operating principle is PWM module. The charge conversion efficiency is 75 percent to 80 percent.

PWM solar charge controllers adjust the charging rates depending on the battery levels, making regulation more difficult to adjust to optimal levels. PWM controllers make the 3 stage process very efficient by utilizing high-frequency electric pulses to constantly change the amperage that is delivered by adjusting the length of the pulses accordingly. These controllers are primarily used for 12V batteries that emit about 30A. They regulate the voltage and measure the output.

The main advantage of PWM is that power loss in the switching devices is very low. When a switch is off, there is practically no current. When it is on and power is being transferred to the load, there is almost no voltage drop across the switch. Power loss, being the product of voltage and current, is thus in both cases close to zero. Therefore, PWM controllers are suitable for small off-grid solar panel systems, of low powers and low voltages – that is, where you have less to use as power and efficiency.

The MPPT tracking efficiency is 99 percent and the generating efficiency of the whole system is up to 97 percent. The battery is managed and protected well. The charging modes are divided into MPPT charge, constant voltage equalizing charge and constant voltage floating charge. With the technical progress and energy conversation, MPPT solar charge controller will definitely replace PWM solar charge controller.

MPPT solar charge controller has many benefits. MPPT ensures that you get the most power possible from your solar panels at any point in time. It is particularly effective during low light level conditions. During low light level situations, it will compensate for the low light level and find the new point at which the solar cell delivers its maximum power output.

The above are the introductions of basic four types of solar charge controllers. Users can freely choose the suitable controller according to the features.