What should we know about BIPV

What should we know about BIPV？

One of the most promising renewable energy technologies is photovoltaic technology. Photovoltaics (PV) is a truly elegant means of producing electricity on site, directly from the sun, without concern for energy supply or environmental harm. These solid-state devices simply generate electricity out of sunlight, silently with no maintenance, no pollution and no depletion of materials.

Traditionally, photovoltaics are mounted on a building’s roof, referred to as building-applied PV. But more architects are learning how to also incorporate solar cells and modules into things like curtain walls, roof tiles and railings known as building integrated photovoltaics (BIPV).

Building-integrated photovoltaics (BIPV) are photovoltaic materials that are used to replace conventional building materials in parts of the building envelope such as the roof, skylights, or facades.

By simultaneously serving as building envelope material and power generator, BIPV systems can provide savings in materials and electricity costs, reduce use of fossil fuels and emission of ozone depleting gases, and add architectural interest to the building. 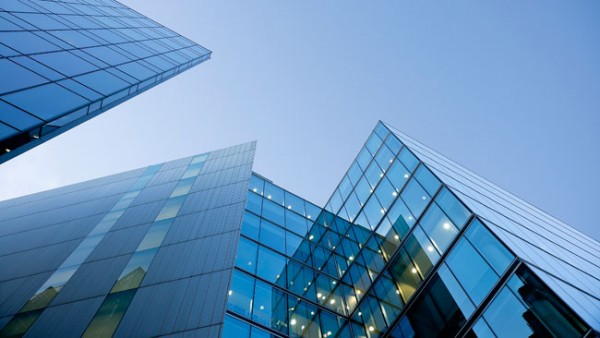 1、The PV modules (which might be thin-film or crystalline, transparent, semi-transparent, or opaque);
2、A charge controller, to regulate the power into and out of the battery storage bank (in off-grid systems);
3、A power storage system, generally comprised of the utility grid in utility-interactive systems or, a number of batteries in off-grid systems;
4、Power conversion equipment including an inverter to convert the PV modules’ DC power to AC compatible with the utility grid;
5、Backup power supplies such as diesel generators (optional-typically employed in off-grid systems); and appropriate support and mounting hardware, wiring, and safety disconnects.

BIPV systems can either be interfaced with the available utility grid or they may be designed as stand-alone, off-grid systems.

Building-integrated photovoltaics (BIPV) are dual-purpose: they serve as both the outer layer of a structure and generate electricity for on-site use or export to the utility grid. BIPV systems can provide savings in materials and electricity costs, reduce pollution, and add to the architectural appeal of a building. Though they can be added to a structure as a retrofit, the greatest value for BIPV systems is realized by including them in the initial building design. By substituting PV for standard materials during the initial construction, builders can reduce the incremental cost of PV systems and eliminate costs and design issues for separate mounting systems.

Below are some of applications for Building-integrated photovoltaics (BIPV) design.

One of the easiest places to begin for a broad-scale implementation of BIPV is in ceramic or clay roof tiles. In these applications, PV material replaces roofing material or, in some cases, the roof itself. Some companies offer an integrated, single-piece solar rooftop made with laminated glass; others offer solar “shingles” which can be mounted in place of regular roof shingles.

There are a few options available in determining what to do with your PV in sections of the building besides the roof. These are roughly explained below.

Integrate into the walls

Perfectly vertical walls, of course, do not receive the same solar radiation the way slanted or horizontal roofs do, but they do receive some, especially if the building is located in the higher latitudes, where the winter sun comes in low angles. ‘Perforated’ modules are available that will capture a portion of light for electricity production in the cells, while simultaneously allowing some light to transfuse into the building.

Integrate the modules into a building’s surrounding ‘skin’

Some buildings incorporate such a skin for aesthetic as well as for climate control purposes. If the panels were, much like windows, capable of opening and closing, they could play a direct role in controlling the climate of the building, while at the same time having enough space to keep cool and therefore function efficiently.

Solar awnings are advantageous in that they can keep the unwanted direct rays of the sun out of your eyes while absorbing them to create electricity. The angle of awnings could potentially be adjusted to best capture/block the rays of the sun depending on the season.

Solar windows (PV glazing) and skylights serve the same purpose as their ordinary counterparts–to let in light, reduce glare, and to act as insulation for or means of providing ventilation within a building.

As discussed in this article, the importance of BIPV in architecture will continue to increase in the future. According to the data, the future for the BIPV market is bright.