How will photovoltaic inverter develop

How will photovoltaic inverter develop？

The photovoltaic inverter is the main center of the photovoltaic power generation system, which can convert the direct current generated by the components into alternating current to achieve grid connection or load use. Photovoltaic inverters include power conversion modules, microcomputer control modules, EMI modules, protection circuits, monitoring modules, and human-computer interaction modules. Its development depends on the development of electronic circuit technology, semiconductor device technology and modern control technology. 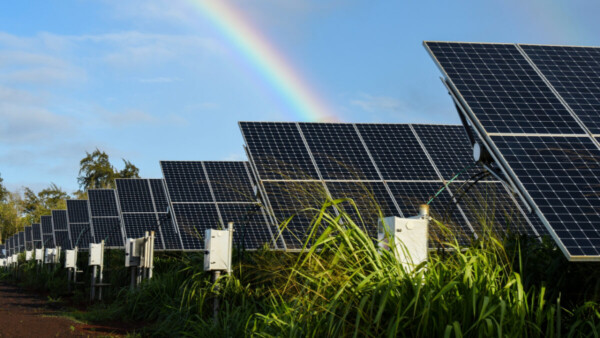 According to the working principle, solar inverters can be divided into centralized, string and micro inverters. The application scenarios are also different:

(2) The string inverter is based on the modular concept. It tracks maximum power peaks of 1-4 sets of photovoltaic strings. The direct current generated by them is first converted to alternating current, and then converged and boosted and connected to the grid. Therefore, the generated power is smaller than the centralized type, but its application scenarios are more abundant. It can be applied to various types of power stations such as centralized power stations, distributed power stations, and rooftop power stations. The price is slightly higher than that of centralized inverters.

(3) The micro-inverter tracks individual maximum power peak for each photovoltaic module, and then merges it into the AC grid through the inverter. Compared with the previous two inverters, it has the smallest volume and the smallest power. The general power is below 1kw, it is mainly suitable for distributed households and small-scale distributed industrial and commercial rooftop power stations, but the price is high and it is difficult to maintain once failure occurs.

Distributed photovoltaic power plants have low investment threshold, easy and fast construction, small footprint, and flexible installation, which is the main direction for future photovoltaic development. Solar energy has the characteristics of decentralization and low energy density, it has the natural advantages for distributed power generation. The willingness of users with high electricity prices in parks, large industries, industry and commerce to use distributed power generation is continuously strengthening, which directly promotes the gradual increase in the market share of string inverters.

String inverters have the advantages of high power generation, high reliability, high safety, easy installation and maintenance, etc. When a component is blocked by shadows or fails, it will only affect the corresponding few groups because of multiple MPPT. The power generation capacity of the string can minimize the damage, the array mismatch loss is small, and the efficiency is higher, and it is gradually applied in the large-scale power station market.

Previously, the main reason why string inverters failed to replace centralized inverters on a large scale was the high cost. The maximum power of a single unit was also limited by power devices and line layout, but it benefited from the iterative upgrade of upstream core components. With the continuous development of power module technology, the single-unit power density of string inverters continues to increase, the price is rapidly falling, and the cost performance is prominent. More and more large-scale power stations choose to adopt string inverter solutions.

In the future, string inverters will occupy more market share and be widely used.