The 2020 Summer Olympics is being held from July 23rd to August 8th in Tokyo, Japan. The competition, originally scheduled for 2020, was postponed due to Covid-19.

Olympics stadiums require a huge amount of power, in particular on match-days when lighting, air-conditioning and video screens all electricity, along with a vast multitude of other energy-intensive demands. Even when not in use, stadiums and other sporting arenas need large amounts of power for maintenance.

The possibilities for incorporating renewable energy technology into stadiums and the surrounding areas provide a huge opportunity for reducing greenhouse gas emissions. This can include placing solar panels on roofs and on the roads leading towards the arenas. We will introduce some solar power applications in the Olympics stadiums in this article. 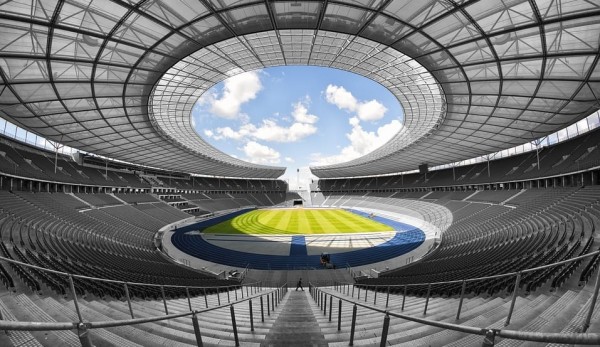 The solar power generation system of the Bird’s Nest was installed in the 12 main channels of the National Stadium. The system integrates clean and environmentally-friendly solar power generation with the National Stadium, which will play a positive role in promoting the use of green energy, effectively controlling and reducing air pollution in Beijing and the surrounding areas, and advocating a green and environmentally-friendly lifestyle.

More than one quarter of all energy consumed at Olympic venues came from renewable sources, including solar power, which generated nearly 8 million kWh of power for Olympic facilities. The solar energy hot water system that has been installed in the Olympic Village is designed to provide sufficient hot water to satisfy the washing needs of the Olympics’ athletes, trainers and other personnel, and to provide portable water.

In addition, the BIPV (Building-integrated Photovoltaics) technology was applied to the lampposts along Olympic Boulevard. Eighty to ninety percent of the streetlights in the vicinity of Olympic venues were solar street lights.

At that time, Brazil was facing a severe drought, and hydro power production capacity dropped significantly compared to previous years. In response to the 2016 Rio Olympics, Brazil has developed and utilized solar power on a large scale and adopted a strategy of using as much power from the grid as possible and reducing the use of temporary generator units.

During the 2016 Olympic Games in sunny Brazil, the official ceremonies and soccer matches were held in the solar-powered Maracana sports stadium in Rio. Encircling the arena were 1,556 solar panels that power a 390kW system — enough to power 240 homes annually. The system has been providing unlimited clean energy to the stadium — while reducing 2,560 tons of carbon dioxide emissions each year — since the 2014 World Cup. Maracana sports stadium has become the world’s first energy-sufficient stadium. Besides, the surplus power generated by the solar power system is supplied to other cities in Brazil.

The Japanese government has already stated that it will be a carbon neutral games and will apply the UN’s 17 sustainable development goals.

Solar panels are being incorporated into the design of the stadium. According to the architect Kengo Kuma, the solar panels will be attached to the roof and visible to spectators as they are “looking to make this environmental technology very visible as part of the design.” It will also power the watering of the plants and greenery that surrounds the stadium.

Facing the global climate change, the world pays more and more attention to energy conservation and carbon emission reduction. It is a good opportunity to vigorously promote the green energy development, environmental protection and energy conservation at the Olympic Games. In the future, more Olympic stadiums will be lit up by renewable energy!